In 2013, Kelly found her then-boyfriend, Eric, bleeding in their bathroom. This discovery, and his subsequent ulcerative colitis diagnosis, might have driven them apart. Instead, it solidified a bond that held through Eric’s years of participation in an ulcerative colitis clinical trial.

Kelly and Eric had just graduated from college and were eager to start careers in 2013. Wanting to focus on those efforts, Eric initially sought to remedy his sudden gastrointestinal issues with improved nutrition and willpower. Kelly, with help from his mother, urged him to see a doctor. Kelly successfully argued that a lingering health concern could only slow him down.

Eric quickly received an ulcerative colitis (UC) diagnosis from a local doctor. Unfortunately, both over-the-counter and prescription medicines proved ineffective in controlling his symptoms for about a year. All along, he experienced chronic abdominal pain, a frequent sudden need for the bathroom, and blood in his stool.

“We jumped around to a few different doctors. Every time, you start [a new] medication and think, ‘[Maybe] he’s not going to be in the restroom 30 times a day,’” Kelly says. “We were basically hermits. We didn’t go anywhere like our peers were doing. We kept hoping that the next thing would be the correct potion. There were times where I didn’t know if we were going to make it. He was depressed, I was depressed.”

In mid-2014, doctors said Eric needed a colectomy, a surgical removal of his colon. Eric then saw a specialist who told him about a clinical trial evaluating a potential treatment for ulcerative colitis. Kelly wasn’t sure if the trial would make a difference, but she agreed with Eric and his mother that it was worth pursuing. He joined the trial in the summer of 2014.

Some people turn to medical trials with the goal of moving on with their life. In our case, it was to get our life started.

“You’ve exhausted all other options. We were taking a big leap of faith, putting faith in a lot of other people. Some people turn to medical trials with the goal of moving on with life. In our case, it was to get our life started,” Kelly says of Eric’s decision.

Kelly’s apprehension was eased as Eric’s participation in the ulcerative colitis clinical trial began. She and Eric felt comfortable and well-informed. “We were taken by the hand. No question went unanswered. It renewed our faith in people and doctors and medicine,” she says.

By early 2015, staff at the study clinic determined that Eric’s UC was in remission. Soon after, he chose to join another part of the study. He stayed in the study through several more years, during which he and Kelly were married and established their careers.

“[We were] always given positivity and hope.” says Kelly of their trial experience. “We really got to know the [staff].”

Kelly wouldn’t have predicted that Eric’s decision to join the clinical trial in 2014 would lead where it did. “We’ve been given so much. We’re very fortunate,” she says. 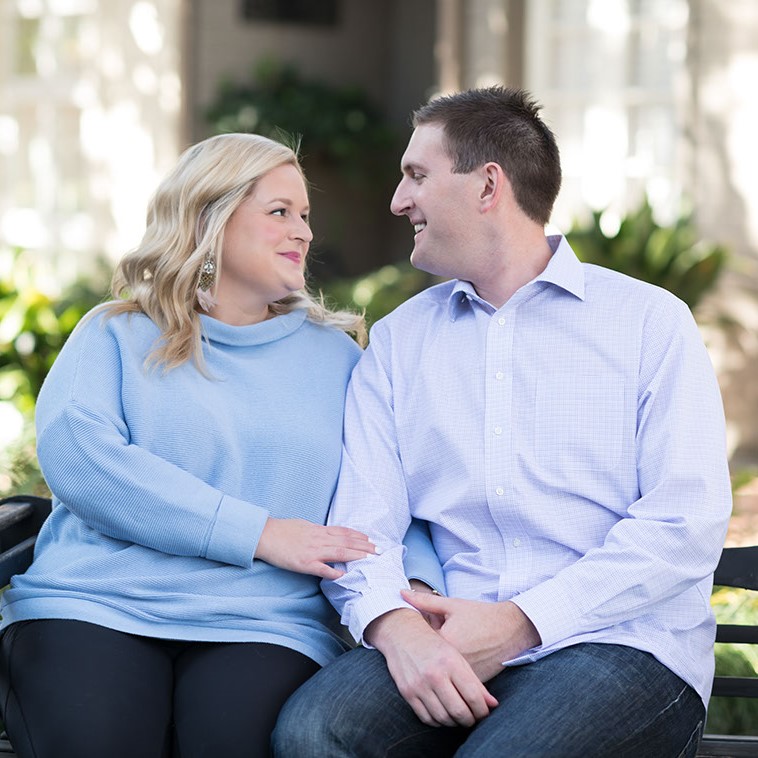 Kelly supported Eric’s entire journey through the clinical trial process. “Some people turn to medical trials with the goal of moving on with life. In our case, it was to get our life started.”